Walk to Work: the UK’s best cities for commuting on foot

New research has revealed the UK’s best cities for commuting on foot, with Edinburgh taking the top spot. The study, conducted by Workthere, the flexible office specialist, ranked cities on a variety of factors, including average proximity to green spaces, annual rainfall, air pollution, the number of bike routes and the percentage of employees who already walk to work. 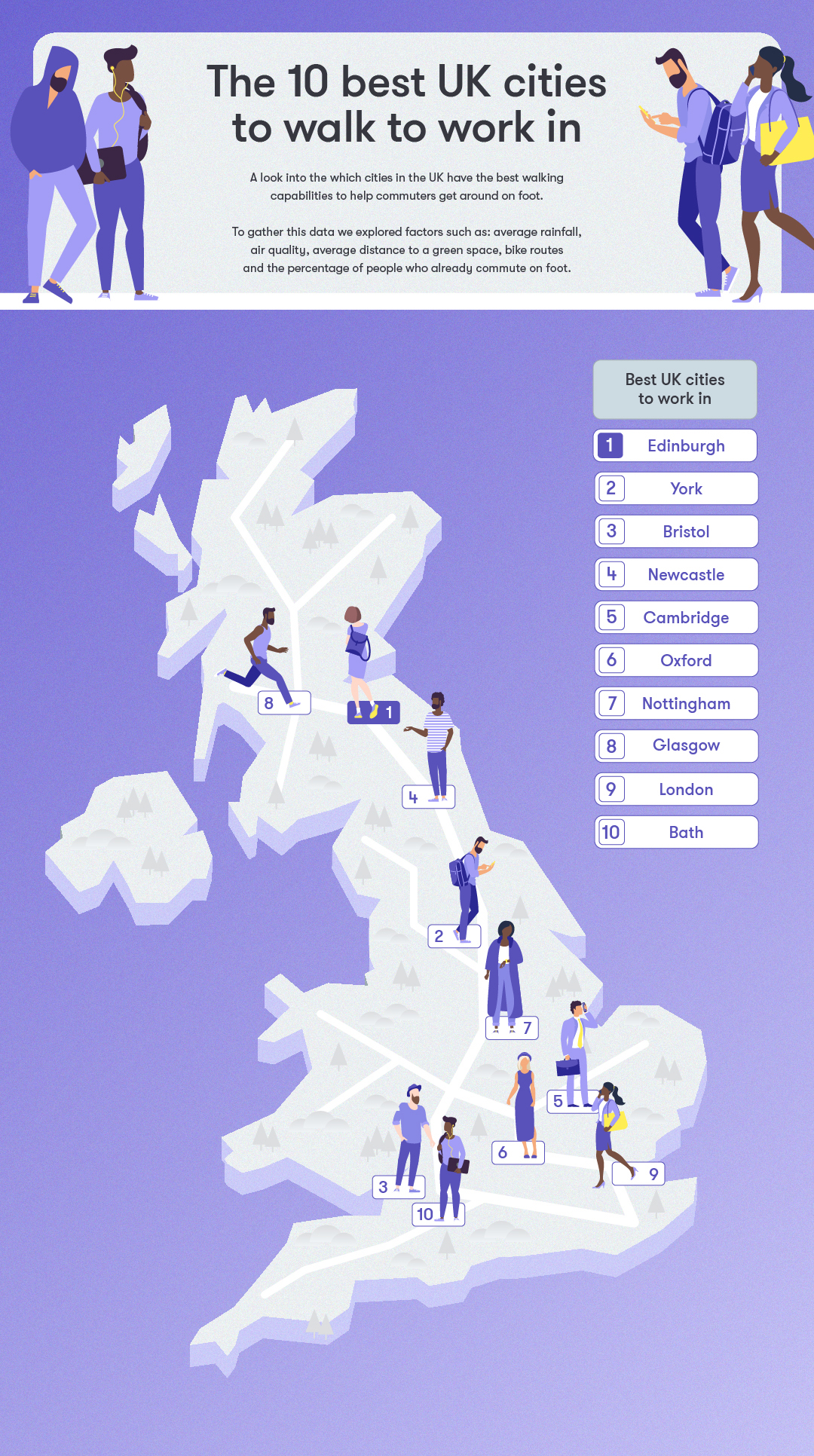 An average ranking was taken across all the data sources to determine the final leader board, and the Scottish capital came out on top. Almost one in six (15%) workers in Edinburgh commute on foot and there are an impressive 2,151 cycle routes across the city, placing it second on the list for both categories.

The 10 best UK cities to walk to work in are: 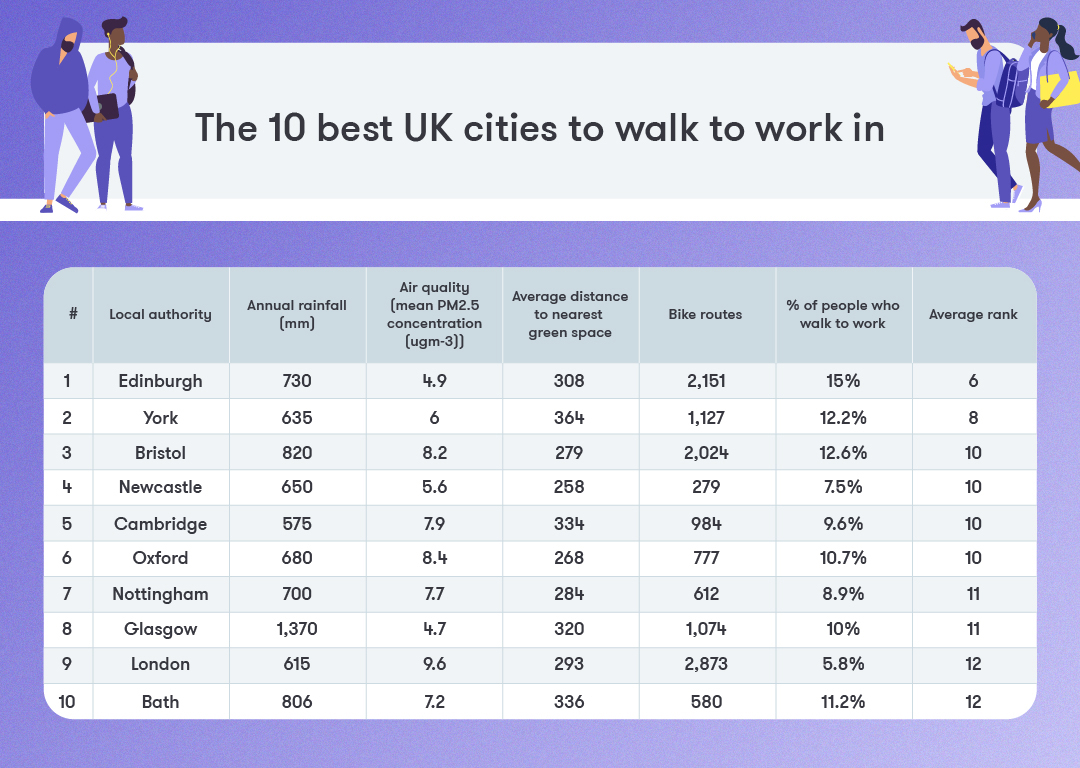 Edinburgh also scored well for air quality (3rd) but was beaten by its Scottish rival Glasgow, which boasts the lowest levels of pollution. Unsurprisingly, London has the least clean air of the 26 cities studied, but it does have the most bike routes available (2,873). For commuters wanting to be close to green spaces, Newcastle is the best place to work, as walkers are only ever 258m on average from their nearest park, public garden or playing field, which is less than any other city. In contrast, employees in Hull have the lowest average proximity to green spaces, with a typical distance of 397m.

Despite having one of the highest levels of the annual rainfall of any UK city (940mm), the people of Belfast are most likely to walk to their workplace. Almost a quarter (23%) of staff in the Northern Ireland capital commute on foot.

“Walking to work is a fantastic way to get active and start the working day off right. It’s great to see so many big cities making way for on-foot commuters and making that experience more enjoyable for those who decide to ditch public transport or leave their cars at home.

Cities like Edinburgh and York are known for their picturesque views and history-rich roads so walkers there will get a real experience when going to and from work. Being back in the office is once again part of our regular routine and, with the weather starting to improve, now is the perfect time to encourage workers, that can, to walk to the office and explore their surroundings along the way. For workers that work in flexible office spaces, it’s also a great opportunity to explore their cities at different times of day outside standard commuting times.”

Looking for a new office space?

Talk to our friendly team

Looking for a new office or want to list your office space for rent? Our team of experts are on hand to help.

Desk prices see recovery as demand for flexible office space up 82%, according to Workthere

Flexible office sector's quick recovery in 2021 puts market in a strong position for 2022, says Workthere in its annual predictions