Distribution of Co-Working Spaces in Singapore: How accessible is it to us?

The co-working landscape is constantly evolving, as new workplace trends come into play. Even when the WFH trend is now all the rage, the co-working market is still rapidly expanding with major brands like Justco and The Executive Center recently announcing that they would be expanding their APAC footprint. Indeed, what makes co-working spaces so unique and irresistible that co-working operators continue to expand their reach even when working from home has come into the picture? Flexibility and accessibility are undeniably two key factors in this equation, which makes the spatial pattern of co-working spaces and serviced offices worthwhile studying.

Shown below is a rough breakdown of the spatial patterns of co-working centers and serviced offices in Singapore:

A further breakdown of the distribution of the top 10 co-working centers in Singapore is shown as follows:

As shown above, all top 10 co-working providers in Singapore have chosen to locate most of their centers in core CBD and downtown core, especially more so with the recent aggressive expansion of some brands such as The Work Project which has a new center slated to start operating in 6 Battery Road in October 2022. What has contributed to such a phenomenon of an uneven distribution and why do co-working brands opt to make inroads into areas where they are aware fierce competition exists? The reason for such a distribution pattern is simple: Economies of agglomeration. With most high-level financial activities and operations taking place in central areas, co-working centers and serviced offices have similarly matched their paces, offering a myriad of services and perks that come along with the ease of flexible leases, in a bid to vie for a share of the pie. Such services and perks have gradually evolved to become more creative which include but not limited to: fancy game rooms, mini libraries and even meditation rooms. With increasing emphasis on work-life balance and mental wellness, weaving

these facilities into a stone’s throw away from the arena of work is psychological appeal done to the T; an irresistible element of co-working spaces, undoubtedly in line with the phrase competition breeds excellence. However conducive these co-working spaces may be, how accessible is it to people in the heartlands if they are mostly only found in core CBD and downtown core areas?

Now, with the announcement of relaxation of covid-measures and that 100% of office workers were now able return to office, we witness higher turnup rates across traditional offices, co-working centers, and serviced offices in the CBD. Crowds now throng hawker centers, eateries, and walkways when lunch hour strikes and what was reminiscent of a dead town at the peak of covid restrictions is now nowhere in sight.

Hybrid work arrangement: Having the best of both worlds

At the same time, hybrid work arrangements continue to be the norm and the essence of the term lies in flexibility. Simply put, it means having the best of both worlds: working from home when circumstances permit to save time on commuting and keeping the much-begrudged prep-for-work time to a minimum but at the same time retaining the right to work from an office space with access to necessary infrastructure and having face-to-face meetings with colleagues when the situation calls for it.

Hybrid work arrangement has become a catchphrase that most people would associate with the freedom of being able to work from home at one’s convenience. But working from home may not be that much of a feasible option when it also comes with obstacles such as ongoing incessant construction works, belligerent neighbors, and the lack of conducive space when multiple people in the same household decide to WFH on a specific day. And any of it could undermine one’s attempts to focus on work and productivity. But does that mean there is no middle ground approach to this conundrum?

Opportunities for Co-Working Spaces in the Heartlands

As our Workthere readers may have already known, certain co-working and serviced office brands, that span across locations, have made it possible for one to sign on a lease in CBD and be able to access all other counterpart co-working centers. To illustrate, one could sign up for a private office or hot-desking lease with say, Justco @ UIC Building (deemed as the “home ground”) and on days when one feels like working near home away from the CBD, one could simply head to the lounges and hot desking areas at Justco @ AsiaGreen in Tampines or Justco @ Razer HQ in One-North, or basically any available co-working centers near home in the heartlands.

And what is even better than the accessibility to distraction-free workstations near home? It comes at no additional cost since the membership fee already includes one’s access to lounges and hot desks in other counterpart co-working centers. It is the perceived mobility and accessibility that makes this working near home in the heartlands thing a possible middle ground approach when one wants to save time on travelling to the CBD on certain days yet also face certain struggles working from home. 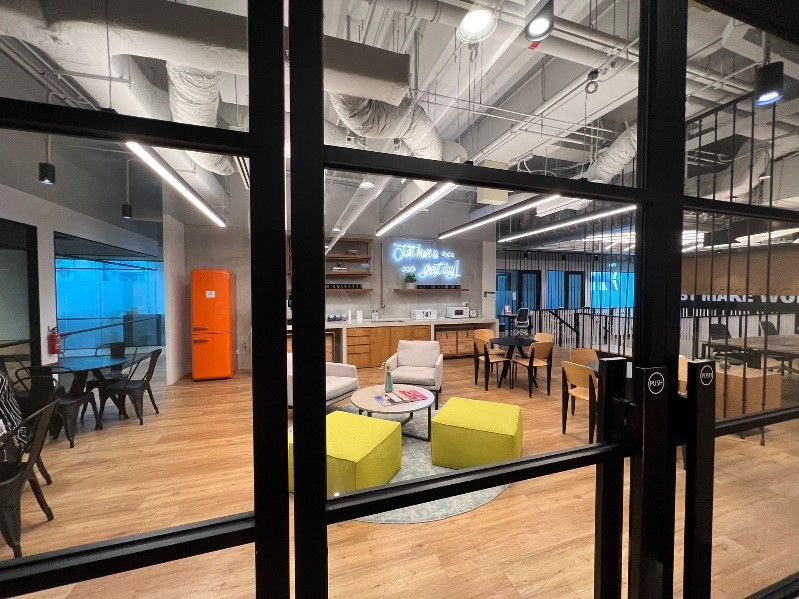 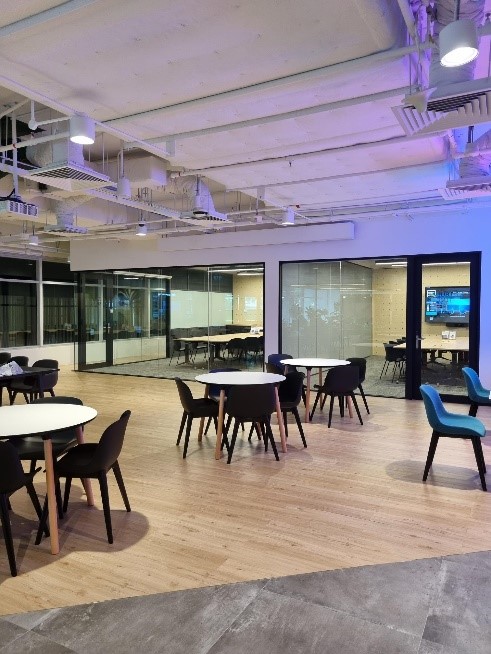 s it possible that working near home in the heartlands will be the next big thing? Do stay tuned for Workthere’s upcoming video where we spend a day trying out co-working in the Heartlands at Justco @ Asia Green and offer further insights on whether it is truly a self-contained regional town at Justco @ Asia Green!

Talk to our friendly team

Looking for a new office or want to list your office space for rent? Our team of experts are on hand to help.

Why Companies In Singapore Are Increasingly Choosing Coworking Spaces